I had the pleasure of attending the North American International Auto Show in Detroit, Michigan, for the third time this year with the Ford Motor Company. During this amazing digital influencers event, #FordNAIAS, we were able to learn about the latest Ford vehicle innovation, technology, durability, and attend the press conference to see the newest vehicles that were being shown this a year. 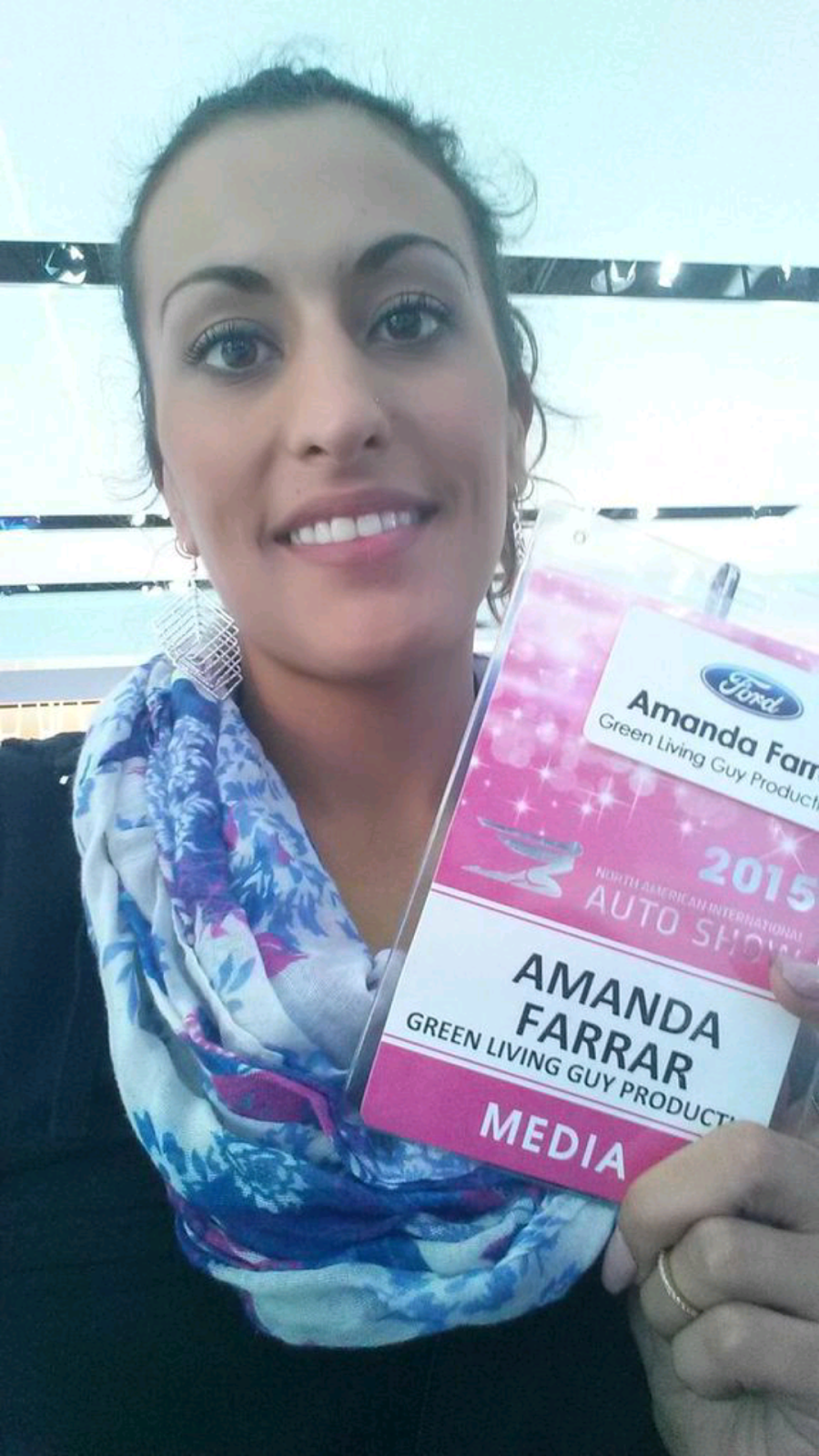 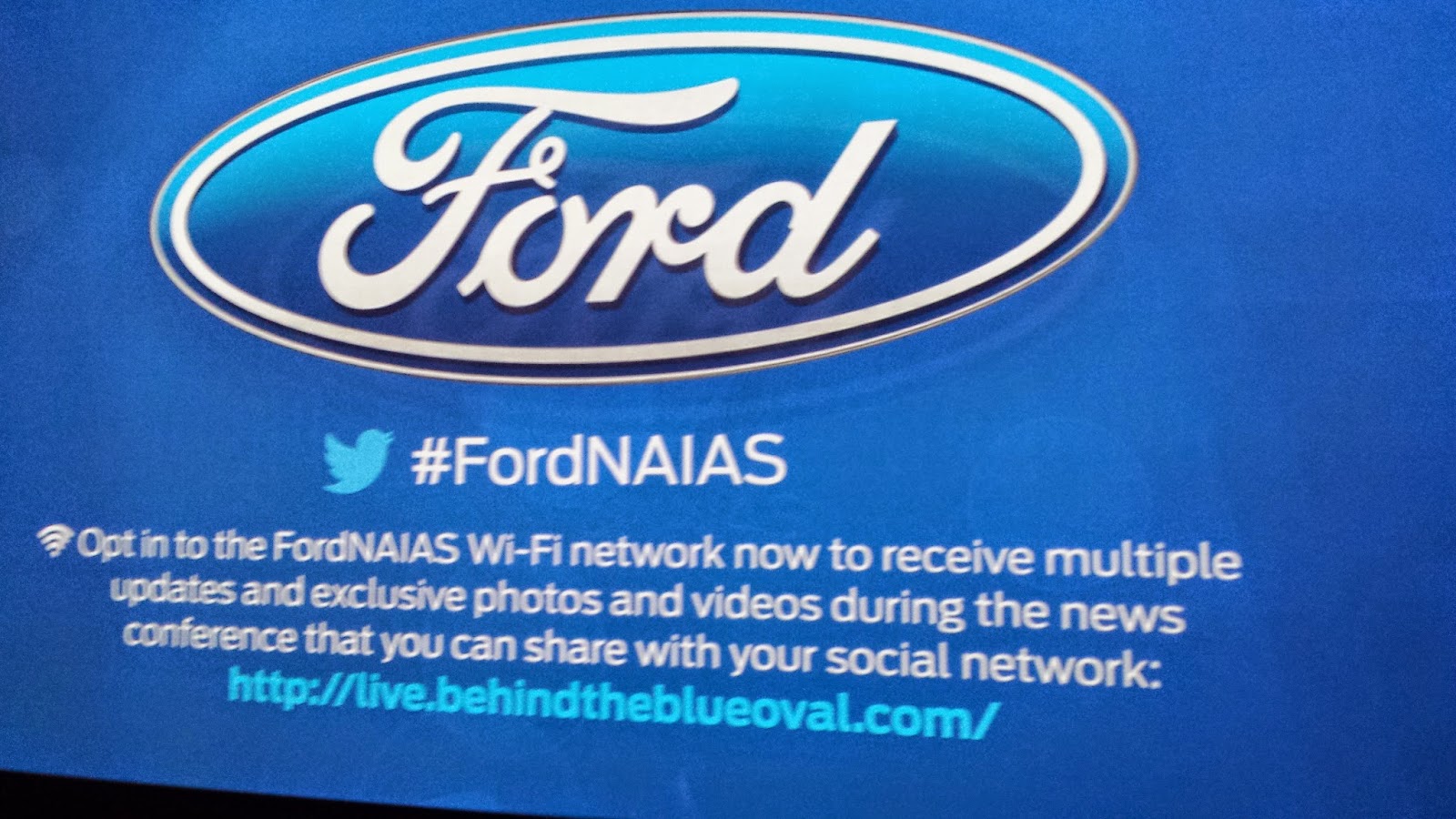 The first vehicle unveiled, was the Ford 2017 Raptor truck. The Raptor is a more light weight,  on and off road capable, offering a unique front bumper and vented hood to give this truck exceptional dual uses.  It offers a 3.5L EcoBoost engine,  more torque and horsepower than the previous V8 engine, a wider body design,  and last but certainly not least, tires specifically designed for the Raptor truck by BFGoodrich. 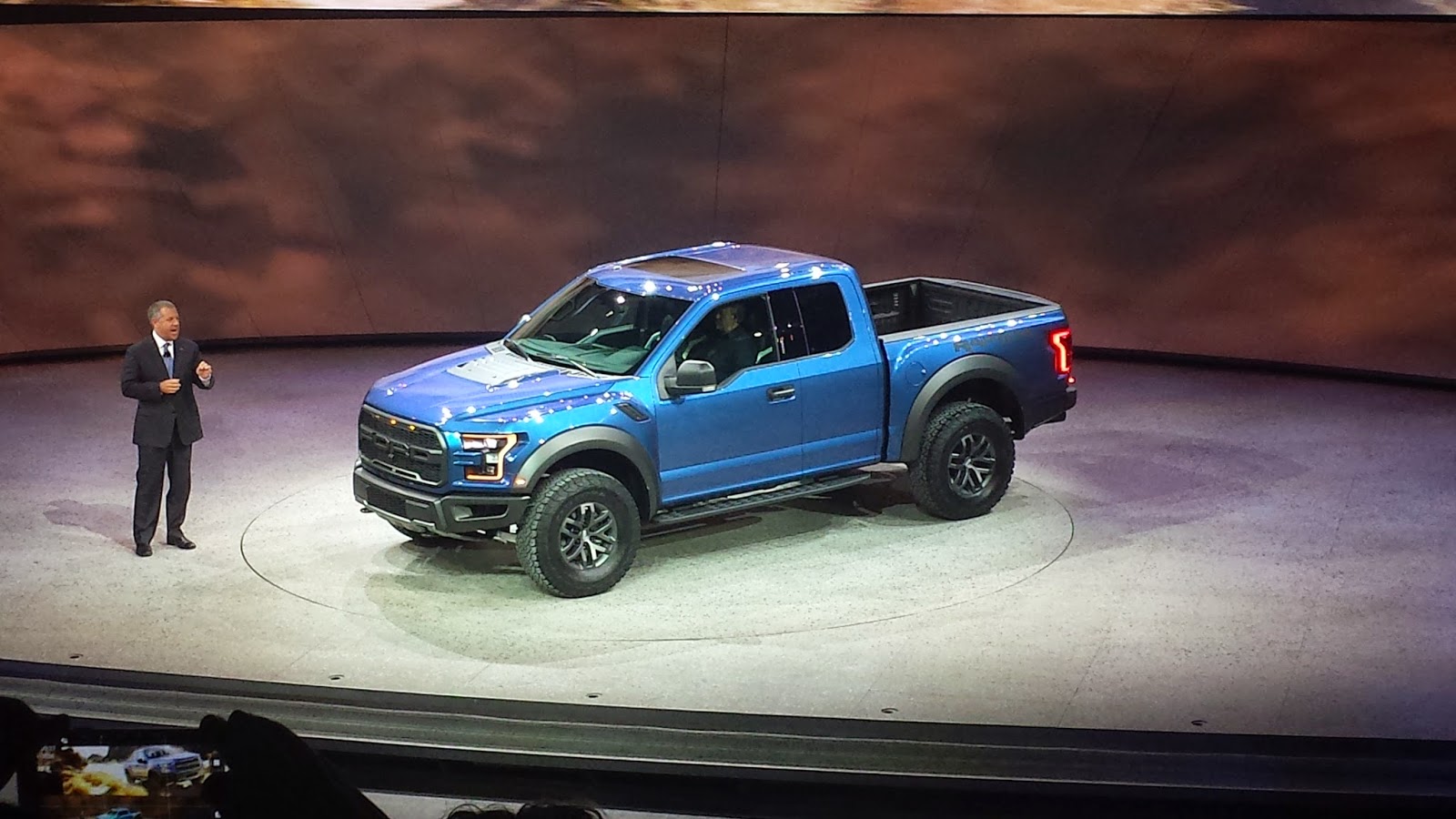 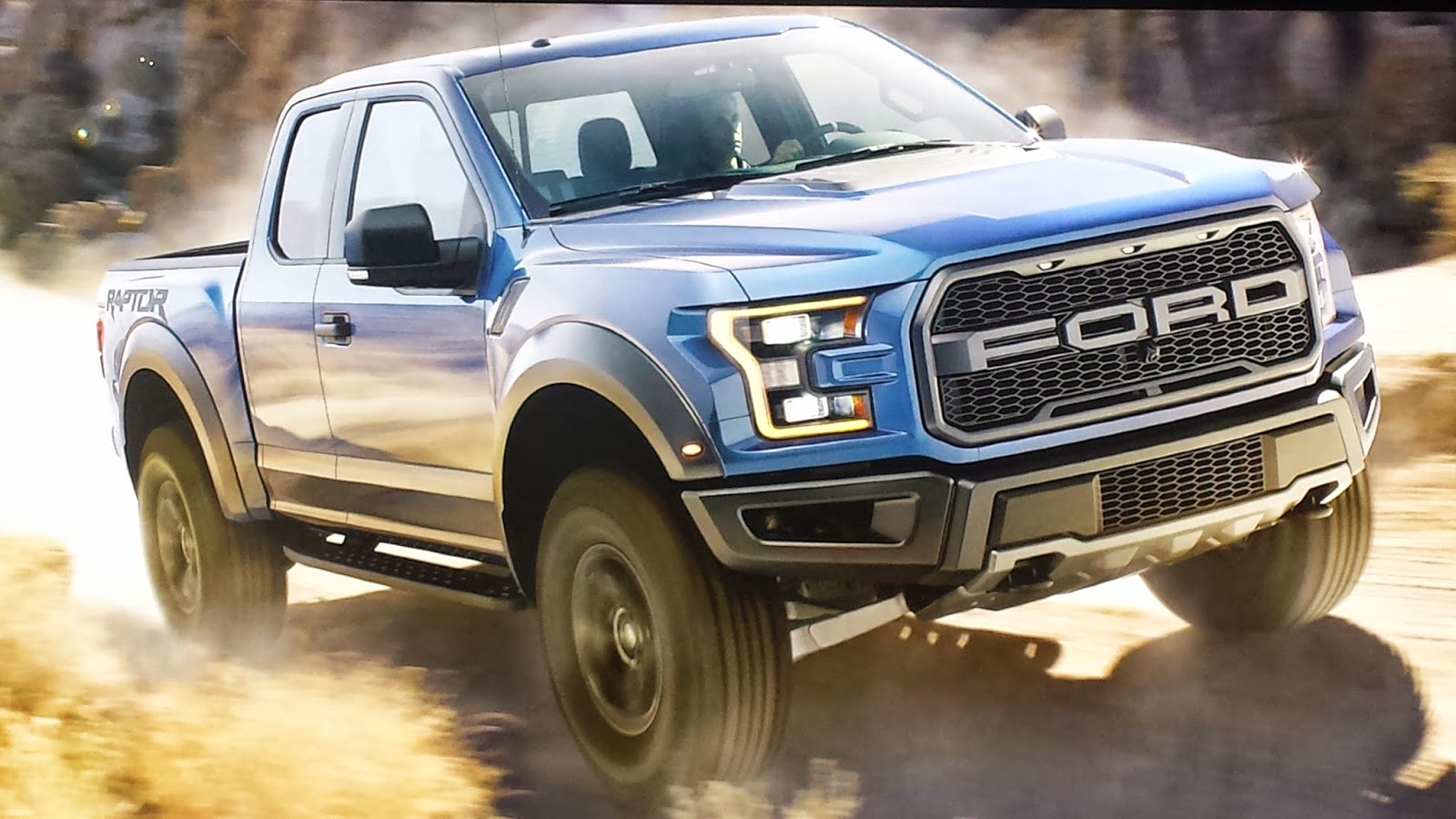 The second vehicle I was able to see was the amazing Ford GT350R. This car not only is the most track capable mustang on the market today, but it is also the most street legal mustang on the roads right now. To create a faster vehicle a few things needed to come out of the mustang. The air conditioning is gone, the backseats are gone, and no hyped up camera systems to backup or see better. The GT350R is powered by a naturally aspirated flat-crank, V-8 5.2L engine, and offering both the 400 lb-ft torque and 500 horsepower you want and expect from the mustang.  The GT350R rides smoothly on carbon-fiber tires made by Michelin and stiffer than any aluminum wheels. 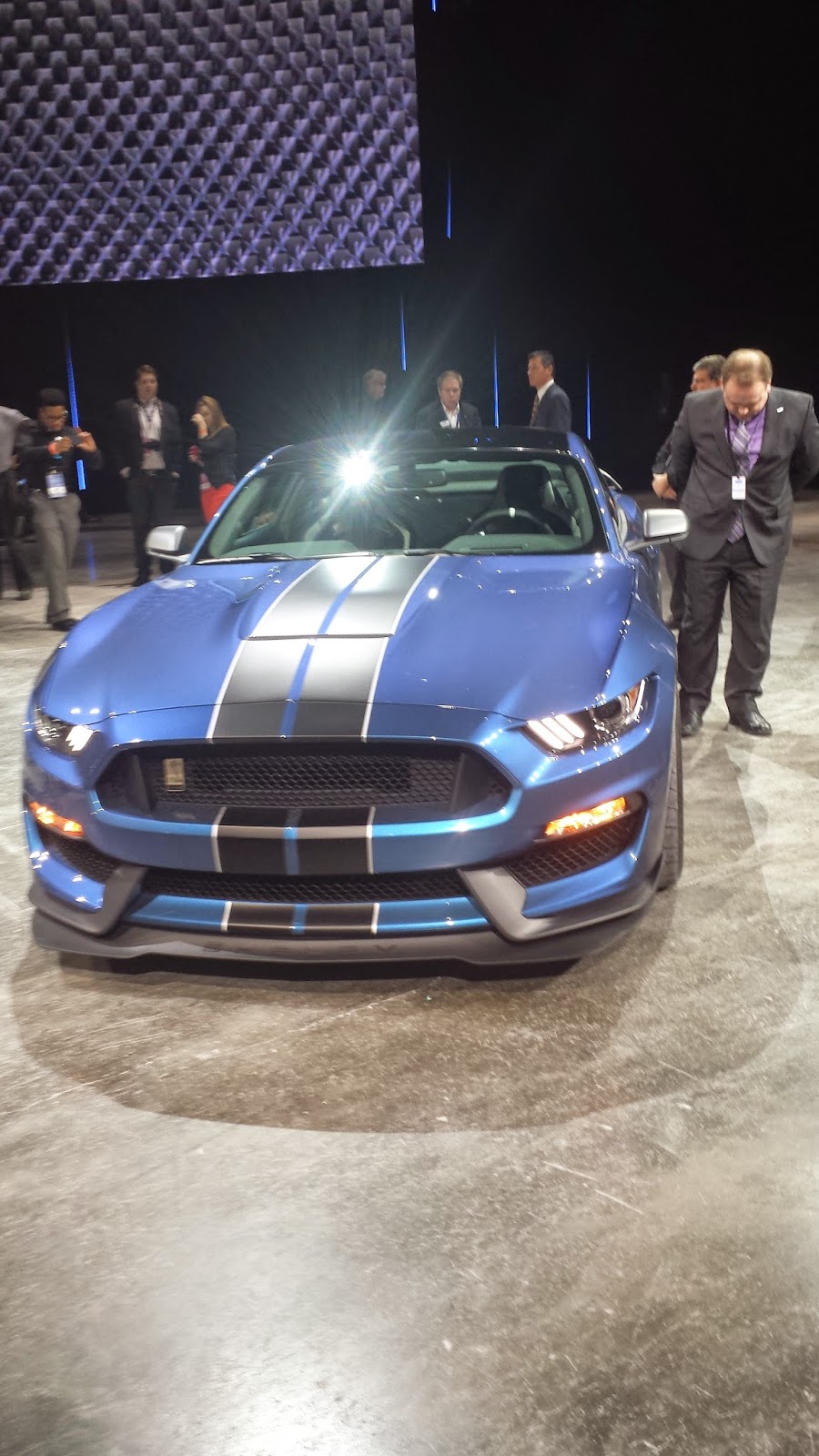 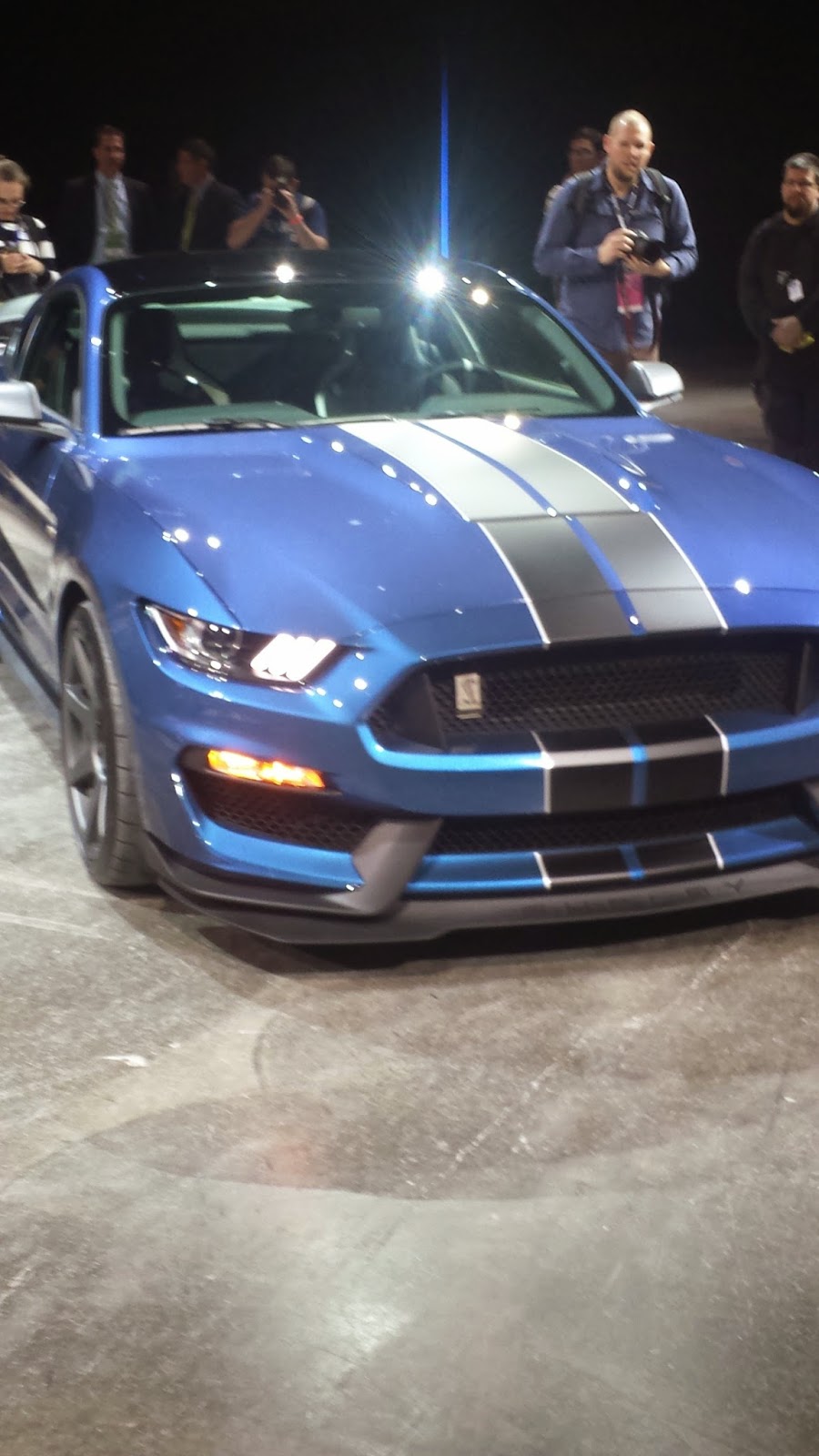 The last car that Ford unveiled at the press conference this year was the GT. Now this car, she was a beauty. Not only does the car drive fast, and is eco-friendly, but has a new sleek body design to help this GT maintain its durability and control.  Innovation and technologies that are featured with the GT, make it easier to drive for the customer, and enhances the bond between car and owner making it feel as though you are one when behind the wheel.  The GT offers more than 600 horsepower,  uses carbon-fiber construction and body parts,  and offers a V-6, 3.5L EcoBoost twin-turbocharged engine. While the GT has a seven-speed dual-clutch automatic transmission,  and can safely glide down the road on these 20-inch Michelin Pilot Super Sport Cup 2 tires meant for ground clutching and better handling. 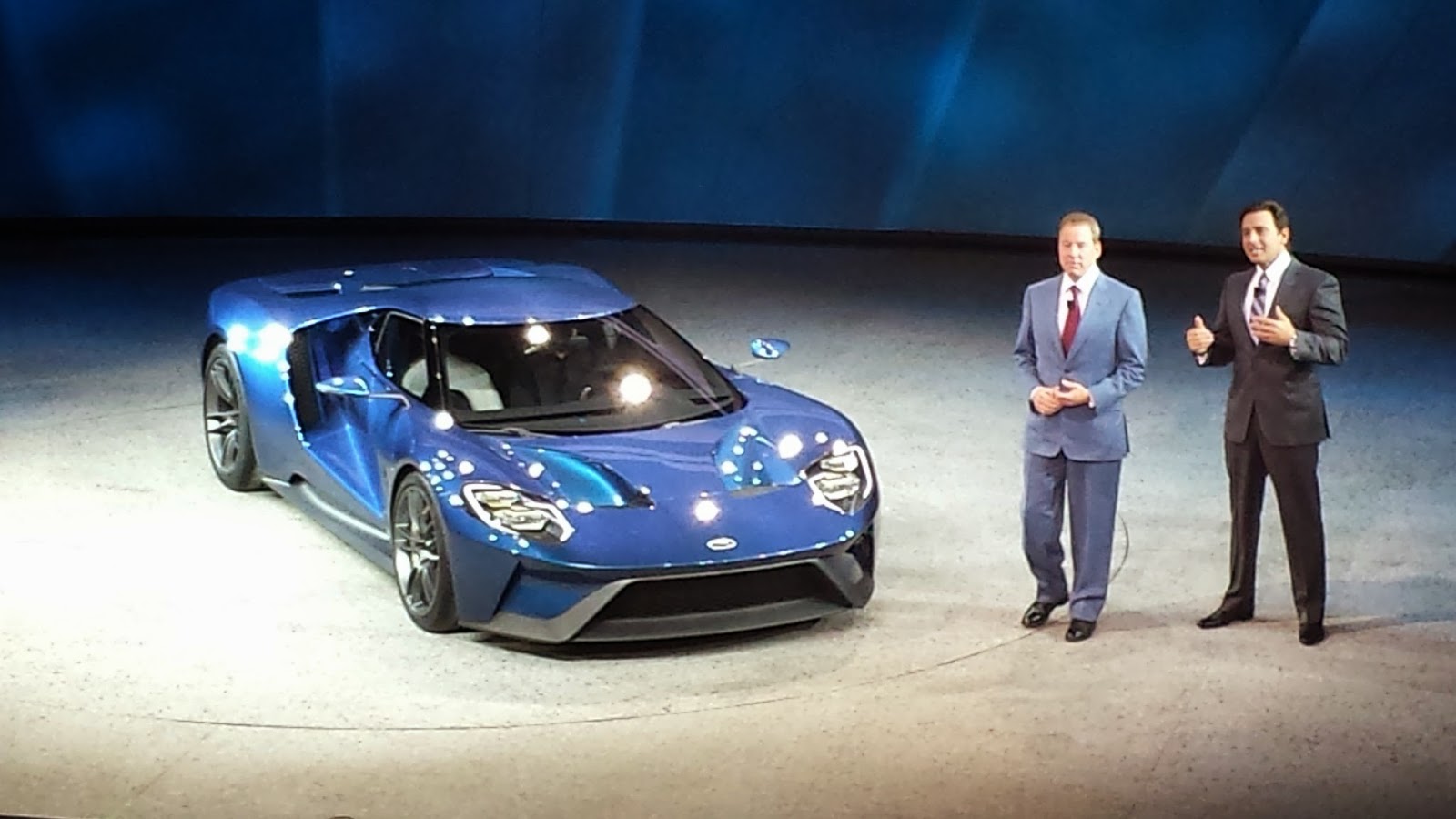 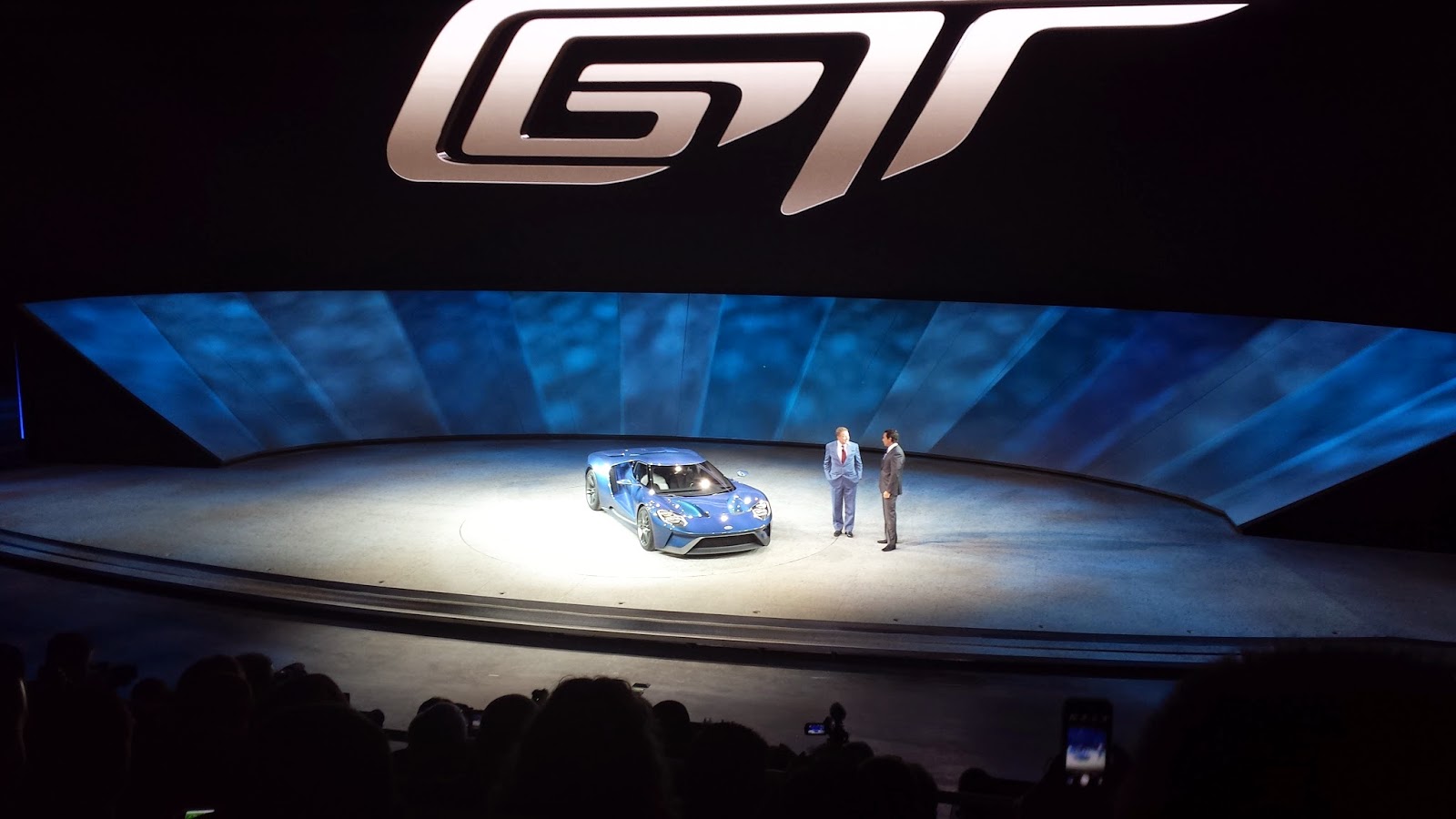 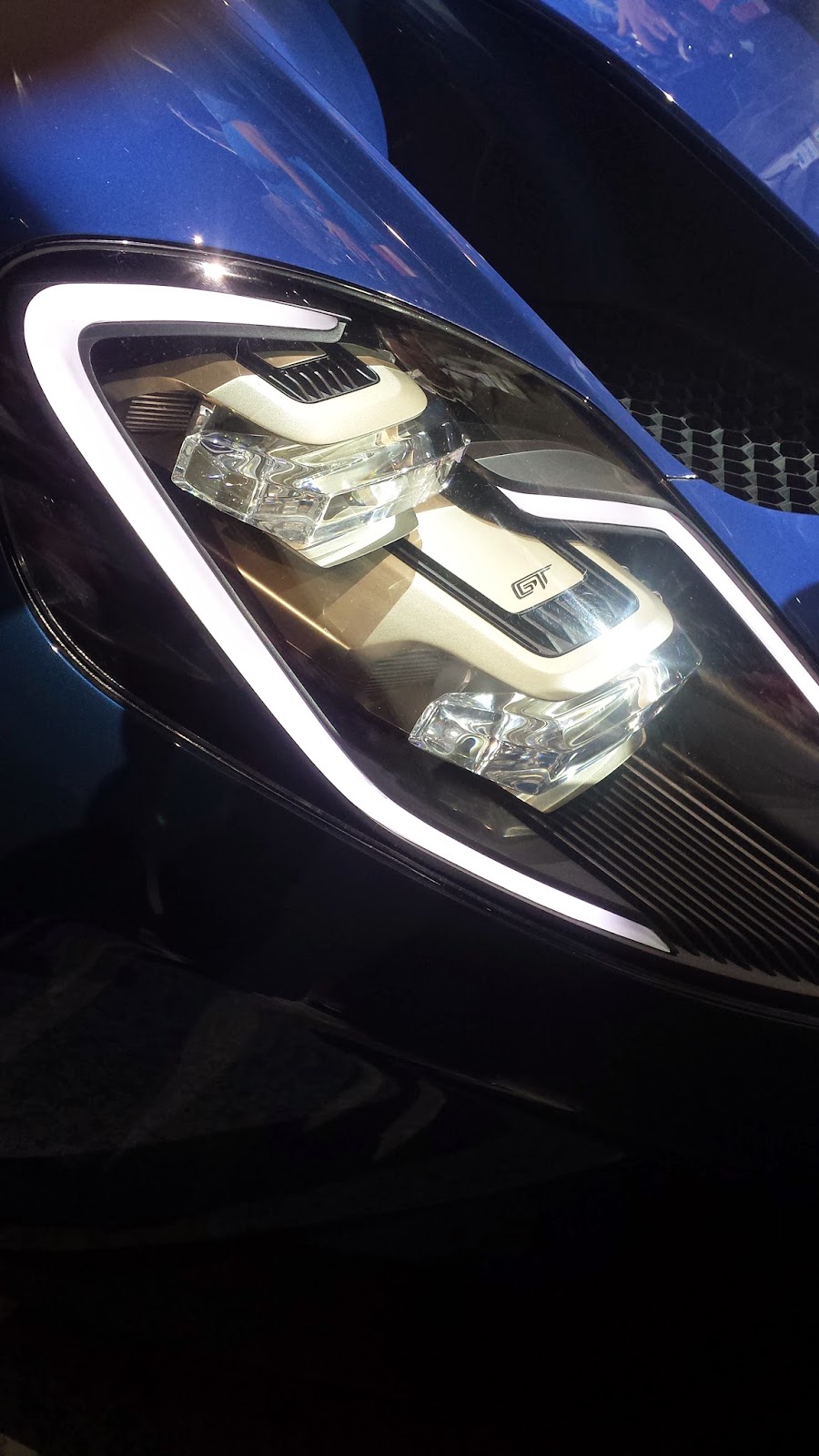 After the presentations,and were are able to hit the floor and talk to Bill Ford and other representatives from the Ford Motor Company, as well as get up close and personal with the cars for photos and videos. If you would like to view video footage of the Ford Raptor,  GT,  and GT350R,  check out:
Ford Raptor Truck and Ford Mustang GT350R: http://youtu.be/JRqijsuk1BA
WORLD DEBUT Ford GT!  NAIAS DETROIT: http://youtu.be/xva_54FLMFg 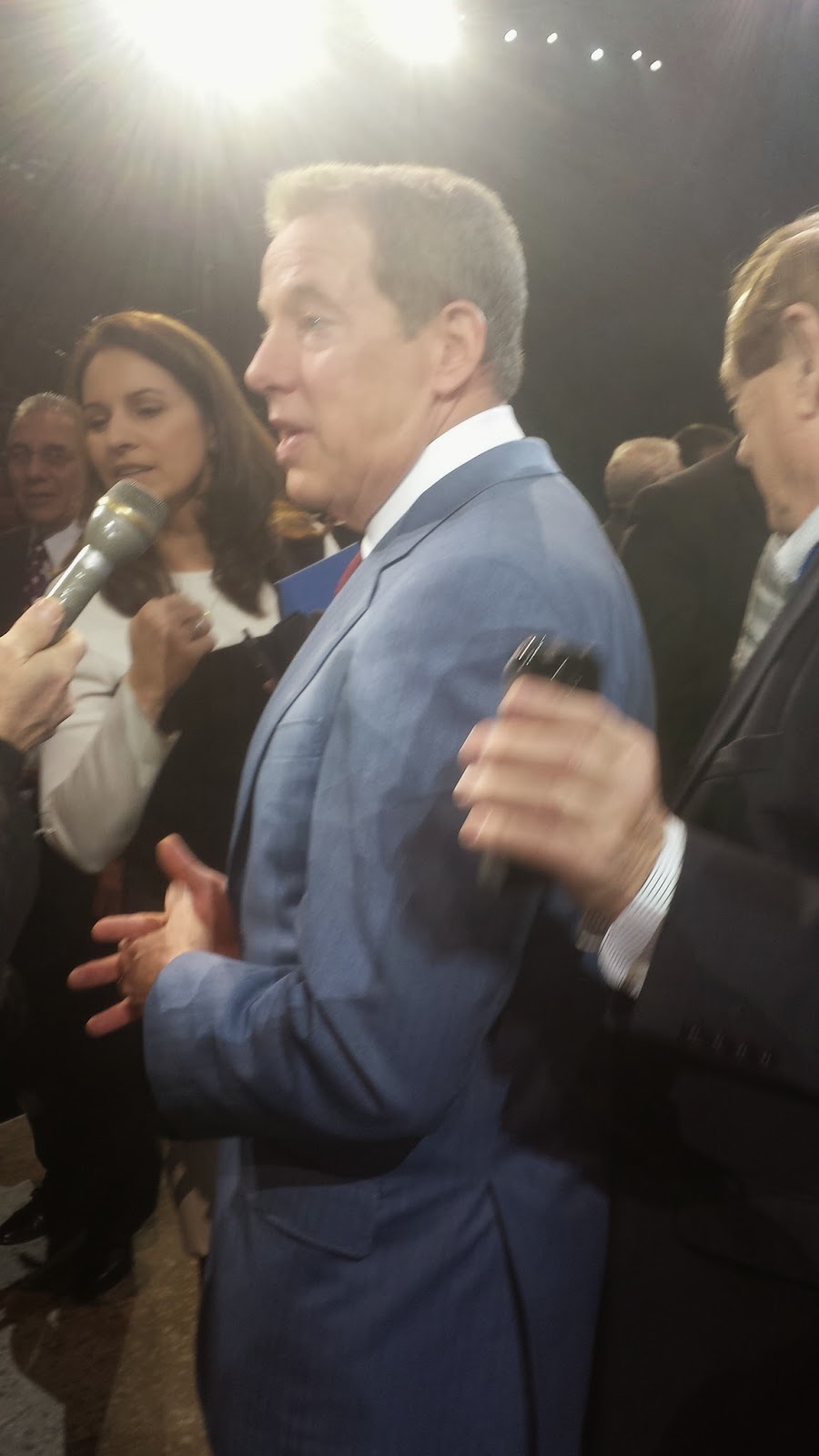 I was able to also attend the North American International Auto Show inside the Cobo Center also located in the heart of downtown Detroit after the Ford press conference concluded.  It was inside NAIAS, that I was able to see many new hybrid, electric, sustainable, eco-friendly, and dynamically different automobiles from numerous car manufacturers. Inside the Blue Oval,  a designated Ford hang out area,  we were able to listen to presentations by Sheryl Connelly the Ford Futurist, Raj Nair the Group VP & CTO, and Mark Fields the President and CEO of Ford. Those were just a few of the amazing presenters I was able to learn from at NAIAS 2015. From trends of the future,  to vehicle innovation and technologies,  I was able to hear first hand about what is going on in the world of Ford. 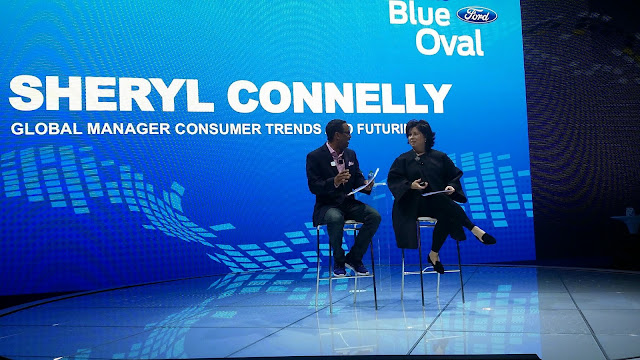 Sometimes it's almost like a surreal experience when you're around so much amazing beautiful fantastic technology advanced cars that were not around 50 years ago, that weren't even around 10 years ago, and it leaves me almost speechless and gasping for air when I look at the photos and relive the memories and amazing experience I was able to have. I want to thank Ford Motor Company for inviting me along for #FordNAIAS this year in Detroit!   (I will be doing additional blogs about the rest of my amazing journey at NAIAS)
Follow Ford Motor Company on twitter @Ford +Ford Motor Company
Follow me on Twitter @GreenTravelGurl
Green Travel Gurl
at January 20, 2015
Email ThisBlogThis!Share to TwitterShare to FacebookShare to Pinterest
Labels: car, cars, Detroit, EcoBoost, electric vehicles, fast, Ford, green, GT, gt350r, hybrid, mustang, NAIAS, Seahawks, travel 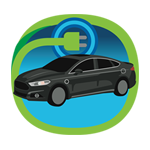